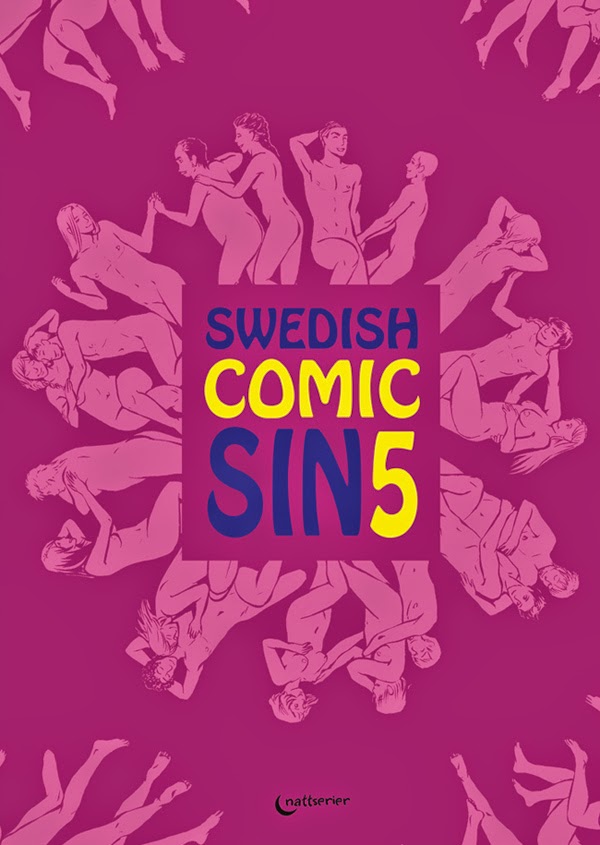 I have been drawing and making comics since I was little, but it was in high school that I started getting into comics more seriously and discovered alternative comics. Last year I graduated from the comic art school (Serieskolan) in Malmö and my graphic novel for children called “Stora Björn och Lilla Björn” (“Big Bear and Little Bear”) was published by Ordbilder Media. I have also been freelancing, published comic strips and participated in a couple of fanzines and exhibitions. 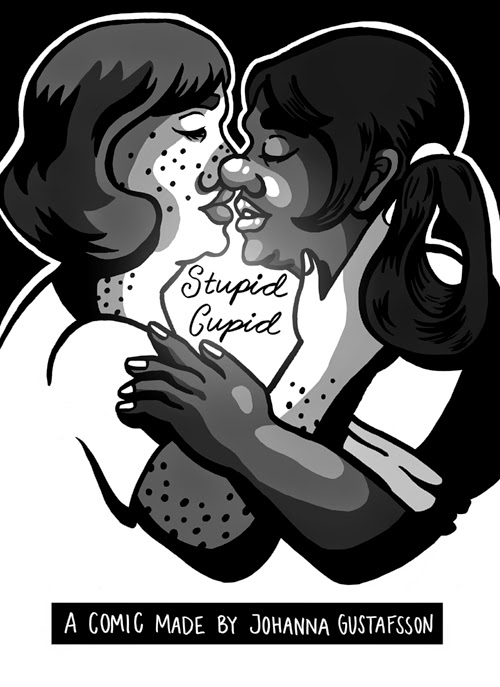 I like making comics about people and everyday life so you’d think I’d portrayed sex before, but I haven’t.

Drawing lips and naked bodies, writing the script, reading the other comics in the anthology, and just getting to be a part of a really great anthology. 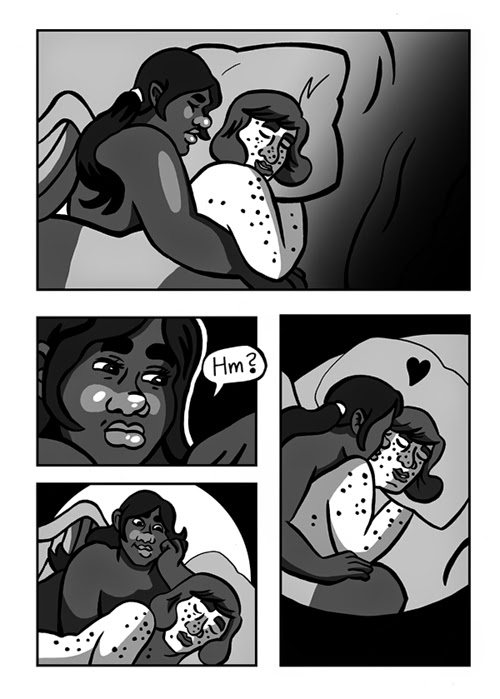 
I have applied for the second year at the comic art school in Malmö and am currently keeping my fingers crossed and living in Karlshamn where I work in the municipality with concept designing and developing information-brochures. I am also an active member of the comic collectives “Dotterbolaget” and “Ritualen”, and those may be good to keep an eye on if you want to see some of my upcoming works!
Upplagd av NataliaBatista kl. 3:34 AM 0 comments

I studied comics at Högskolan i Gävle from 2005-2008, since then I’ve made fanzines and participated in anthologies sporadically.

Mostly because it’s a great deal of fun, but I also think Swedish Comic Sin has come to fill an important role in showcasing a spectrum view of sex, sexuality and gender, and it has been a great experience for me to not only produce, but to learn as well. 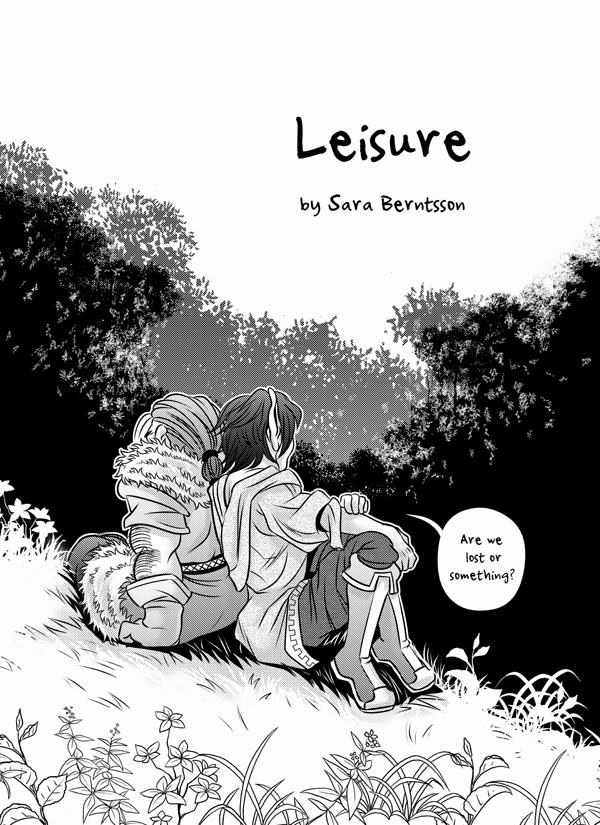 With each comic I’ve made, I’ve noticed that the protective layers of humor and irony gets more peeled off. I wouldn’t say that my latest comic is particularly serious or anything, it does contain a bit of humor, but compared to my earlier works it’s not as much of a joke anymore. It does make me feel more vulnerable, but I also think my comics are better for it.

Deciding to do something and then actually pulling through. It can feel easy when deciding the idea to think of something out of your comfort zone, but when it’s time to draw everything out in detail, suddenly I can feel a bit shy again. If I wasn’t participating in a project like this I might’ve bailed out earlier, but knowing we’re all making this anthology together I’m being held accountable until the comic is done, and I get great feedback along the way. 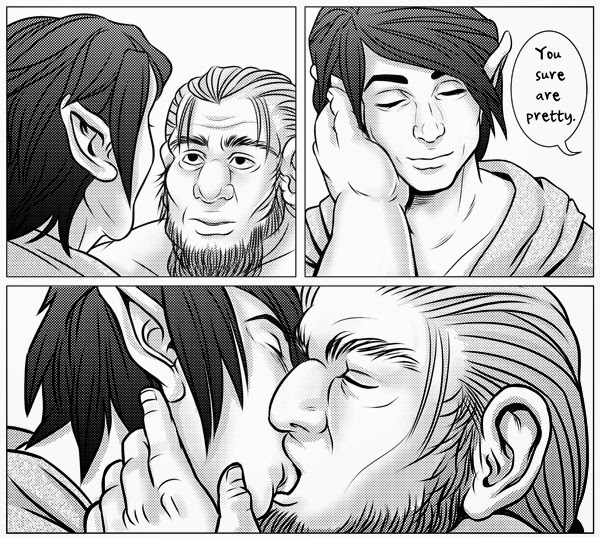 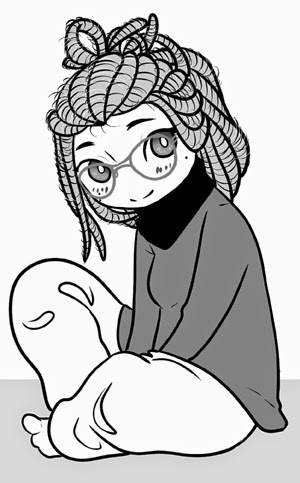 I'm a somewhat shy happy-go-lucky little thing and have been doing comics since 2010, I think? Been working on a webcomic for about a year now.

To see if I could make it, and I did, guess who's proud of herself?

Yes! It's fun! Hard but fun. And not so much but still it's there.

The deadlines! Oh wow, i had forgot how hard it is with deadlines. 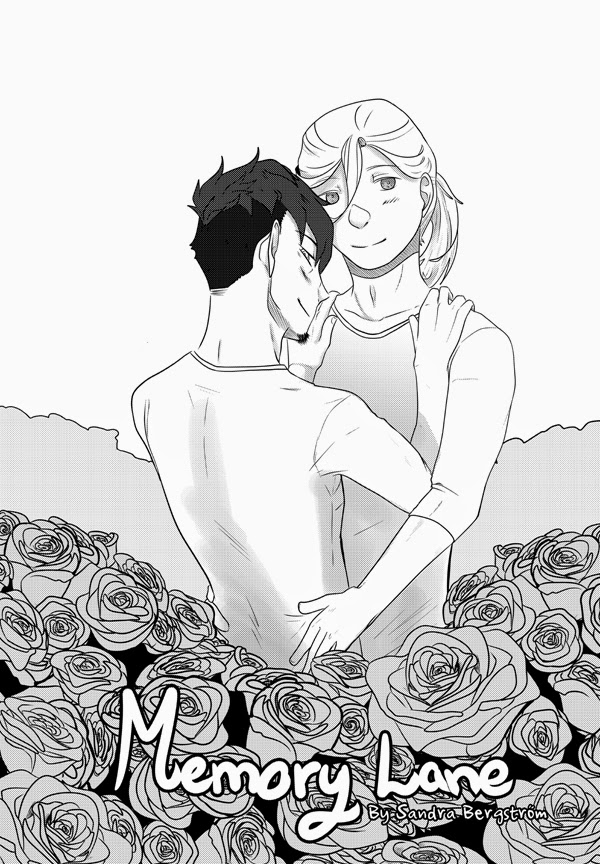 Drawing all the flowers and the other artist creations

Right now I'm working on a shorter comic and after that I have no idea what the future holds for me. But we shall see!
Upplagd av NataliaBatista kl. 5:50 AM 1 comments